As many as 15,000 people each year will be able to pay up to $20,000 to bring their parents to Australia for up to a decade, following the Turnbull Government’s latest immigration shakeup, SBS News can reveal.

The financial burden of healthcare for migrant parents will be shouldered by their children under the new visa, with sponsors legally required to pay for their private health insurance.

The children will also need to act as financial guarantor on any extra healthcare costs their parents rack up in Australia.

“That’s the problem that governments around the world have been wrestling with.”

Under the new scheme, applicants could seek a three-year visa for $5,000 or a five-year visa for $10,000, with the opportunity of a single renewal for another five years at the same price.

The visa rules would help the government limit rising healthcare costs and, if legislated, could deliver hundreds of millions in visa fees to the Budget bottom line. If the 15,000 quota were filled in the first year, the Treasury could bank $150 million in fees alone.

Those on the new visa will not be allowed to work, however, the government hopes they will take on family roles which would see “reduced pressure on childcare facilities.”

“Grandparents will be available and able to, under this visa, care for their grandchildren while the parents work,” Mr Hawke said.

But the high cost of the visa has already been criticised by migration expert Henry Sherrell, from the Australian National University.

“The costs look extremely high for a temporary visa,” he said.

He says while other temporary visas require private health insurance, it is more unusual to require migrants to do without the public safety net for emergencies and unforeseen health crises.

“This is one of the first times we’ve seen where temporary migrants will be liable for public health cover in this country,” he said.

“The private health insurance premiums could be very, very high.”

The move to limit the healthcare access of elderly migrants comes following a Productivity Commission report last year that found the average lifetime cost of a single parent visa holder is between $335,000 and $410,000.

The government plans to officially announce the visa along with the Budget next week, making good on an election promise from the 2016 campaign.

The change follows months of community consultation and is a response to calls from migrant communities who have been pressuring the government for reform to parent visas, arguing that the current system is complex and prone to long delay.

Those sponsoring their parents for the new visa need to be Australian citizens or permanent residents, or “eligible New Zealand citizens”.

The visa-holders would not be allowed to reapply beyond the 10 years and would have no pathway to permanent residency. 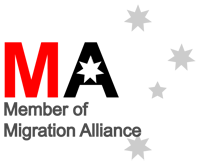 Dianne Pajarillo is a Filipino-Australian registered nurse working at a hospital in Melbourne. Her husband is a nurse at another hospital and both work night shifts and weekends.

Her mother lives with them on an Aged Parent visa and helps look after the Pajarillo children, but needs to return to the Philippines every year for visa renewal.

Ms Pajarillo said her interest in the new five-year visa would “depend on what the costs are”, given the Aged Care visa only costs $130 to renew.

But she already pays for her mother’s private health insurance under the terms of the Aged Parent visa – costing $250 a month from Medibank Private – and thinks that arrangement is fair.

“I work in the healthcare industry. I know what’s happening, I know the burden,” Ms Pajarillo said. “There’s a lot of ageing population … we have to shoulder it.”

The government plans to roll out the new visa from November if it passes parliament.